Giovanni is a graduate of the University of Puerto Rico where he majored in Modern Languages & Literature. His passion for education and youth leadership development led him to migrate from Puerto Rico to Florida in 2015 seeking a better financial future and opportunities for growth. Based in Orlando, Giovanni served as an Orlando City Year AmeriCorps member in a public high school supporting students in their coursework, behavior, and attendance. Shortly after, he became a full-time English Language Arts educator for 6th graders. Upon seeing the structural and systemic oppression even with the education system, he became a community organizer with Organize Florida to fight alongside others for a better future for all Floridians. After serving as a freelance designer, organizer, and consultant for various local and national organizations, he joined the FLIC team as a digital organizer. 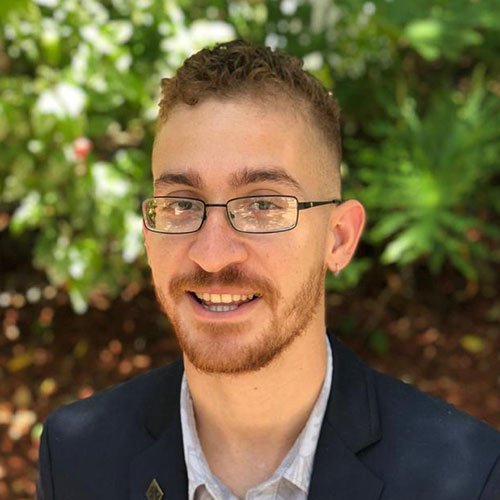